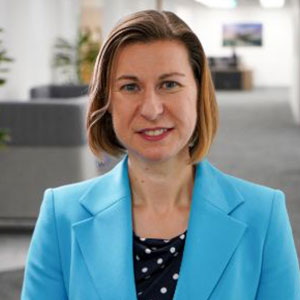 We are currently in a time of great change in the Space industry. This change is being driven by several forces, including smaller satellites, more access to launch and greater investment. Having been in the Space industry for over 20 years, I’ve seen the significant changes that ‘new’ Space has brought.

Today’s smaller satellites are now just as capable as their larger predecessors. The pace of technology advancement means that small satellites are able to deliver useful and actionable data, even with their reduced-sized sensors. This means that it is not only large companies with years of heritage that can develop Space technologies today, as many exciting breakthroughs are coming out of start-ups.

The global view that a Spaced-based system can deliver is impossible to replicate with ground-based sensors, and with small satellites’ lower volume and mass, constellations are now possible. The OneWeb and Starlink systems are the most visible systems taking advantage of this, with the number of satellites in orbit within a constellation reaching hundreds or even thousands, to deliver fast global communications.

"Whilst Developing new Rockets is not Easy, we are Seeing the First Signs of Success Across the Industry "

This step change in satellite size for low earth orbiting systems has also had an impact on the Launcher market, with a high demand for smaller launch vehicles driving new companies to develop new equipment. Whilst developing new rockets is not easy, we are seeing the first signs of success across the industry.

We are seeing new sources of finance, too, with venture capitalists seeing Space as a good investment. In 2021 there was $12.4bn invested in Space-related companies. Much of this money is focused in the U.S., which had 8 out of the top 10 largest investments. To be able to keep pace with innovation, Europe needs to find its own solution or a way to access this funding.

While start-ups are finding new niches to operate, more governments are realising how much they now rely on Space for both defence and commerce - in the UK it’s been estimated that five days without GPS would cost the country around £5bn in lost revenue. Australia, Canada, Japan, Italy the UK and other countries across Europe have created new Space Commands to protect their assets and use Space to connect their military forces across land, sea, air and cyber. Government spending on Space is increasing around the world both in civil and defence, driven by recent world events, and the appetite for risk in both those areas is also growing, giving new entrants to the Space industry access to these markets.

For both start-up companies and research organisations, it can take time to get a demonstration mission into orbit to prove their project concept and capture the interest of investors or customers. At In-Space Missions, the company recently acquired by BAE Systems, there is a solution to this.

There are a range of hosting solutions on offer, including the In-Space physical missions where the team can integrate one or a suite of payloads onto a ride-sharing platform. Here a customer can choose the level of support, from full payload design to a digital platform hosting option. Depending on the mission complexity, this can reduce the time to orbit from years to just months, a vital change to speed up innovation and time to market.

We can all benefit from this greater injection of innovation, but it’s no surprise that we’re all competing to hire from a relatively small pool of people. We see the same issue in cyber, which is why BAE Systems has set up the National Cyber Security Academy to train people who might not have the technology background needed to go directly into a job in that area. Defence in general also needs more suitably-trained people, which is why the UK Ministry of Defence has proposed a Defence Space Academy. In Space, we have a large late-career and even a post-retirement skills base, but there is work to change this. Our recent National Space Strategy has set a route to establish a Space Skills Advisory Panel and a National SpaceSkills Institute, which will be dedicated to growing these skills in the future.

A strong STEM education programme is also needed to increase the numbers of people studying engineering, and there are many good initiatives in this area. One I am particularly fond of is Space School UK, which has been running for many years under a series of organisations and I was one of its alumni. It is a fun and educational way to encourage new generation into the industry. This won’t solve the skills shortage immediately, but it’s clearly a step in the right direction.

With these changes and opportunities, it really is a golden age for Space entrepreneurs today. Just as with any other industry though, for business to flourish we need the right skills and continue developing our access to Space. I hope we can all work together to promote the opportunities, excitement and potential of a role in Space.

Everything You Need to Know About Commercial Aircraft MRO Market

Developments and Innovations in Aerospace Technologies

The State Of Automation In The Aerospace Industry

Future Of Space Security: What The Industry Can Do To Improve Cyber Resiliency